2020 started with a bang in central Ohio as new listings in January jumped to 2,407, an increase of 10.4 percent from a year ago and up 61.9 percent from the previous month according to Columbus REALTORS® Multiple Listing Service.

“The infusion of new inventory helped feed the strong appetite for homes in central Ohio,” said Andy Mills, 2020 President of Columbus REALTORS®. “Over two-thirds of the homes we had for sale last month were either put in contract or sold.”

January home sales rose to 1,745, almost nine percent above one year ago (1,602) and a record high for home sales during the month of January.

Of the homes sold last month, roughly one out of every seven was a condominium similar to last year.

In addition to the increases in sales, home prices continue to rise also. The average sales price of a home in central Ohio increased 9.8 percent to $229,018 in January. 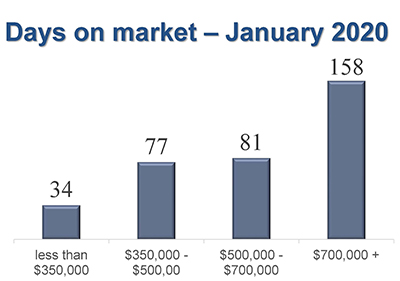